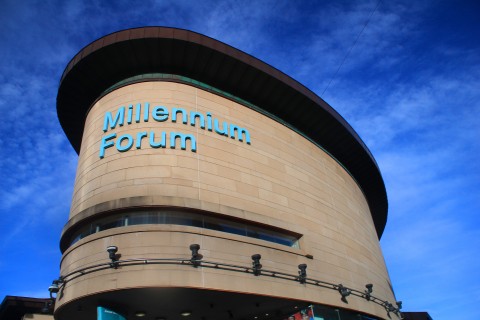 A Co Derry man has been ordered to pay compensation after stealing a guitar from a Derry theatre and selling it on Gumtree and Facebook under his own name.

The defendant, admitted stealing the guitar on December 19th last year from the Millennium Forum, Derry.

The owner of the guitar saw the item on sale on Gumtree and Facebook with a photo of O'Kane outside the Millennium Forum with the guitar.

The instrument was sold to an unsuspecting man for £450, who later became suspicious and contacted police.

The 22 year-old was ordered to pay a total of £570 in compensation, District Judge Barney McElholm deferred sentence on O'Kane to see if he did that before March 1.