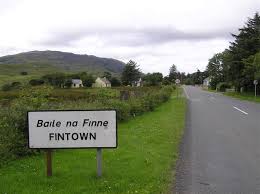 A 16 year-old has been praised for saving the lives of his family after their house caught fire on Friday last.

Oran Doherty raised the alarm at approximately 1:40am when he was alerted by a fire alarm.

Seven family members were in the home at the time and escaped unharmed but their home was gutted by the fire.

During the blaze sentimental items such as football trophies and family photos were lost.

Oran's father, Paddy Doherty, speaking on the Shaun Doherty Show describes the incident and is grateful to be alive with his family ...