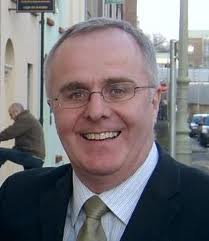 Detectives in Derry are appealing for information following an arson attack on a car which caused significant damage to a family home.

In the early hours of this morning the car was set alight in the Temple Park area of the city.

Sinn Fein Foyle MLA, Raymond McCartney has spoken out on the incident, he said that we could have been talking about fatalities.

At approximately 12.30am a car was set alight while it was parked in the drive of a house in Temple Park, Derry.

The car was completely burnt out with damage also caused to the drainpipes, guttering and roof tiles of the home.

Four members of a family were in the house at the time of the incident but were not injured.

Two males were seen acting suspiciously in the area at the time.

One is described as being about 5’10” tall, with dark hair and was wearing a two-toned puffa style jacket with a fur hood.

Sinn Fein Foyle MLA Raymond McCartney described this as a shocking incident which could have been a lot worse.

Anyone with any details is asked to contact detectives at Strand Road on the non-emergency number 101.