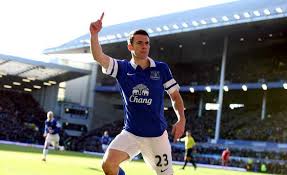 Ireland captain Seamus Coleman was the goal hero on Saturday when he salvaged a dramatic late draw for Everton.

Seamie (26), from Killybegs, was hugely praised by the club’s fans, but modest Seamie responded to say he was only making up for a bad miss last year.

He was speaking on Everton TV and said his goal keeps the side unbeaten at home this season.

It looked like Swansea were going to record their first victory under new manager Bob Bradley, having scored in the 41st minute.

But Everton knocked a hopeful punt forward in the last minute and Coleman jumped to head home the goal that snatched a point for his side.