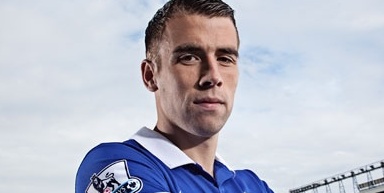 Ireland captain Seamus Coleman rescued a point for his club side with a dramatic last gasp equaliser.

Seamie (26), from Killybegs, was the goal hero for Everton in the Premier League on Saturday afternoon with a fine headed effort.

It looked like Swansea were going to record their first victory under new manager Bob Bradley.

They led with only seconds to go, but Coleman popped up with a looping header over former Arsenal goalie Lukasz Fabianksi.

A penalty in the 41st minute from Iceland midfielder Gylfi Sigurdsson had put the visitors ahead at Goodison Park.

The game was in the last minute as Everton knocked a hopeful punt forward.

Up rose the inspirational Coleman to snatch a point for his side, who looked like losing after a poor performance.