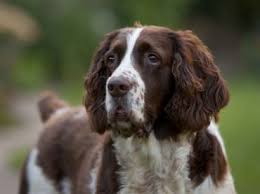 Derry City and Strabane District Council has stressed that it will continue to clamp down on irresponsible or neglectful animal owners, following successful prosecutions at Derry Magistrates Court.

In one case Mr Vincent Connolly, Derry, was sentenced at Derry Magistrates Court, after pleading guilty to docking the tails of six springer Spaniel type dogs in his care in and around 24th October 2014.

The charge was brought against Mr Connolly by Derry City and Strabane Council under the Welfare of Animals Act (NI) 2011.

The charge related to findings following an investigation by Animal Welfare Officers in relation to an advertisement on Facebook for springer spaniel pups that had tails docked.

Investigations revealed that the tails had not been docked by a certified veterinary surgeon.

Mr Connolly was fined £750 by Judge McElholm and was ordered to pay costs of £169.

Commenting after the proceedings, a spokesperson for Derry City and Strabane District Council, said: “Council gives a high priority to the welfare of domestic pets and horses and operates a rigorous enforcement policy to ensure full compliance of regulatory requirements.

“Complaints are investigated thoroughly and where necessary formal action is taken, which may include the service of Improvement Notices or, in extreme cases, the seizure of animals."