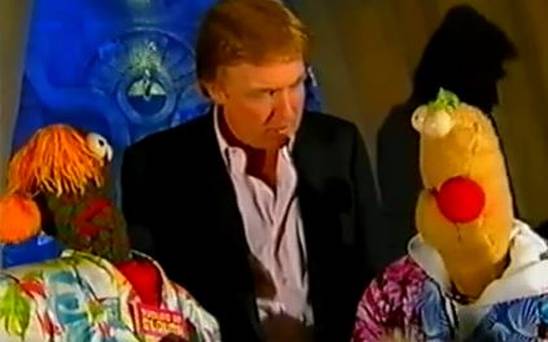 Donald Trump has met countless celebrities throughout the years, but none as special as Zig and Zag.

The duo from planet Zog shared their meeting with Trump earlier on Facebook after he was announced as the US President.

In 1998 they met Trump at the Bahamas for the opening of the Atlantis Resort on Paradise Island and encountered all sorts of late '90s quasi-celebs, including Carmen Electra, Yasmine Bleeth.

Trump didn't seem to have any problems with the "illegal" aliens, but then again no-one in their wildest dreams would have thought that Donald Trump would the US President in 2016.