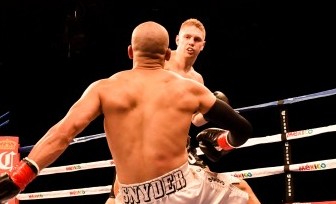 Jason Quigley will have one more pro fight before the years out by stepping back into ring action in December.

Sheer Sport Management have confirmed the Donegal man will have his 12th professional fight at The Forum in Inglewood, California on Saturday 17th December.

The fight will be on the under-card of the Hopkins Smith bill, which is a farewell to Bernard Hopkins who will fight for the last time.

Quigley will be eager to get back in the ring after his fight in Dallas in September was called off due to a wrist injury.