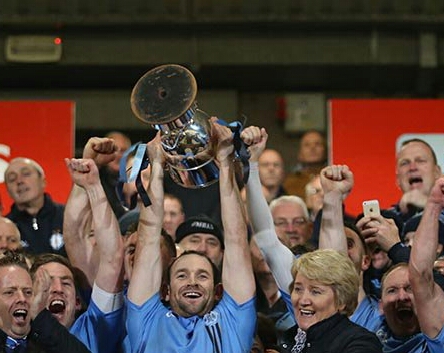 Killyclogher lifted their first O'Neill Cup since 2003 when they beat Coalisland in the replay of the Tyrone Senior Football Championship Final on Friday night.

The St Mary's side were the dominated force in a commanding 0-20 to 0-6 win at Healy Park in Omagh.

The newly crowed Tyrone champions will now play Cargin in the quarter final of the Ulster Club Championship on Sunday 30th October.

Killyclogher Manager Dominic Corrigan said they were confident they would win the replay...