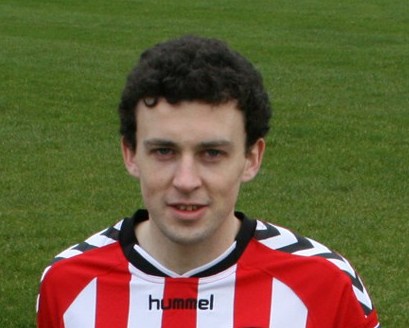 The final home game of the 2017 season ended with a win for Derry City when they came from behind to beat Sligo Rovers by two goals to one.

Having secured European football for next season following the home win over Bohemians, City were looking to finish in third spot in table.

Sligo's Philip Roberts hit the Derry crossbar in the fifth minute with a chip over the keeper.

Lukas Schubert was freed on the right side of the Sligo box in the 21st minute by Rory Patterson and the Austrian crossed weakly into the box giving the Sligo keeper an easy catch.

Ronan Curtis should have scored in the 36th minute when he was one on one with the keeper. He shot straight at him from ten yards when scoring seemed the easiest option.

Matt McCann stunned the Derry players and fans in first half stoppage time when he hooked a shot beyond the Derry keeper.

Derry improved after the break and deserved the equaliser in the 63rd minute.

Josh Daniels cut in from the left and his blocked shot was pushed out to Aaron McEneff who powered a low drive by the keeper from the edge of the box.

Barry McNamee hit the winner in the 77th minute. He cut in from the left edge of the area and steered the ball by the keeper.

The win rounded off a good week for Derry with the news that manager Kenny Shiels will be in charge at the Brandywell for a further two seasons.

December 6, 2021
Donegal GAA launched their new kit for the 2022 and 2023 season this morning at the Donegal GAA Centre in Convoy. The new jersey carries...