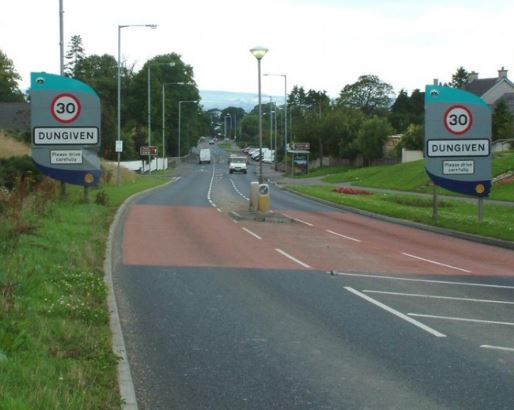 A man is recovering in Altnagelvin Hospital after he was shot in the leg in Dungiven, County Derry just befoe 8 o'clock last night.

The BBC is reporting that Sean McGlinchey, a Dungiven Sinn Féin councillor, said he spoke to the victim who told him he was from Derry, and had been taken by three men while en route to see his father in hospital.

Cllr Mc Glinchey says the man didn't know where he was, and told him he couldn't understand why he had been taken out and shot.

In a statement, the PSNI say detectives at Strand Road are investigating the report of an incident in which a 22 year old man was abducted from the city last evening, and taken to Hass Park in Dungiven, where he was subjected to a paramilitary style shooting.

The man was found at Hass Park at around 8pm with a gunshot wound to his leg which is not believed to be life threatening.

Police want to speak to anyone who may have been in the Glenowen Park area of Derry and who noticed anything unusual or untoward between 6.30pm and 8pm.

They also want to speak hear from anyone who noticed any suspicious activity in the Glenshane Road area close to Altnagelvin Hospital, or at Hass Park in Dungiven, between those times.