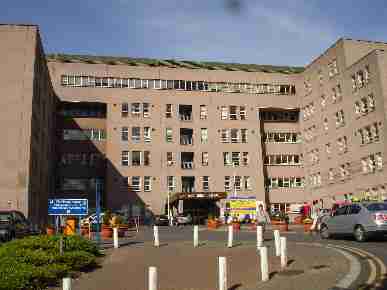 There are calls for what's been described as funding "discrimination" against Letterkenny Hospital to end.

Donegal Senator Pádraig Mac Lochlainn has raised the funding "discrimination" against Donegal's major county hospital, Letterkenny University Hospital in the Seanad and appealed to the Minister for Health, Simon Harris to urgently review the funding system for hospitals across the State.

Senator Padraig MacLochlainn points out that Letterkenny University Hospital has been provided with the lowest budget of the top ten hospitals at €4,788 per inpatient, closely followed
by Our Lady of Lourdes Hospital, Drogheda.

The four Dublin hospitals in the top ten all have funding allocations of over €10,000 per inpatient.

The Senator says the gaps in funding can be explained to some extent by the complexity of procedures and range of specialities at each hospital but he concludes that the the huge gaps in some cases are as a result of discrimination.

He has appealed to the Minister for Health to urgently review what he says deeply unfair funding system.