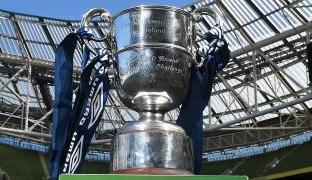 The draw for the second round of the 2016/17 FAI Intermediate Cup was made this week at FAI headquarters in Abbotstown.

Cockhill Celtic, who overcame last season’s finalists Letterkenny Rovers in the opening round, have been handed a home tie against Swilly Rovers.

A goal by Derek Doherty in the sixth minute saw Cockhill defeat Letterkenny on a day when player-manager Gavin Cullen was Man of the Match.

Now, Cockhill will host Gerry Crossan’s Swilly in the next round.

Fanad United, two times winner of the Intermediate Cup in 1988 and 1995, will be at home to Bonagee United in the other game.

Ties to be played on the weekend of October 23rd.