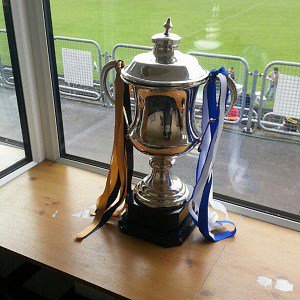 The first of the Donegal Senior Football Championship semi-finals was won by Glenswilly and they are now 70 minutes away from winning the Dr Maguire Cup.

They are in the county final for the fourth time in six years and will face the winners of Naomh Conaill v Kilcar in the final.

There were no scores in the first five minutes and it was not until the seventh minute that the first point was made.

Stephen McLaughlin, who showed great pace in the first half, got it for Malin.

Glenswilly, the 2014 beaten finalists, did not got on the scoreboard until the 11th minute when Gary McFadden knocked over a free-kick to make it 0-01 v 0-01.

The Glen men had the majority of the play and posed the greatest attacking threats, but they did not punish Malin, kicking several early wides.

They were made to pay when Malin got back in front thanks to a score from Stephen McLaughlin’s brother Christopher McLaughlin just inside the 45 on the 16th minute mark.

The sun appeared to be in the eyes of Glenswilly goalkeeper James Gallagher at the afternoon match in O’Donnell Park, Letterkenny.

The sides were drawn level a minute later, but Malin quickly restored their lead with another point.

Michael Murphy, the Donegal captain, tied the game on the 23rd minute for Glenswilly, the winners in 2011 and 2013, with his first score.

His goal spurred Glenswilly and they took the lead for the first time shortly afterwards, but Malin struck back to make it four points each and then got in front again before Murphy’s third score of the game levelled it again at five points apiece.

There were no changes on either side for the start of the second half.

Malin got the first score and led for nearly five minutes until Oisin Crawford brought Glenswilly level with a terrific score from 41 metres out.

It signalled a two-point swing, as Gary McFadden then got his second point in the eighth minute of the second half to put the Glen men in front on a score of Glenswilly 0-07 v 0-06 Malin.

Michael Murphy opened a gap for Glenswilly, putting them two points in front with eight minutes remaining of the match.

Malin’s Brendan McLaughlin notched his fifth point of the game to make it a one-point lead for Glenswilly.

That was enough to win a low-scoring encounter.