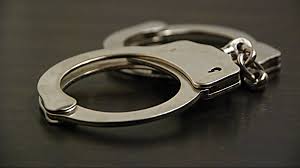 Gardai investigating a fire in an underground car park in Letterkenny have arrested two men.

The fire in Rosemount lane was discovered early this (Thursday) morning - significant damage was caused to nine cars before it was brought under control by the Fire Service.

The two men were arrested this afternoon and taken to Letterkenny Garda Station for questioning.

Speaking before the arrests, Inspector Goretti Sheridan appealed for witnesses to come forward: