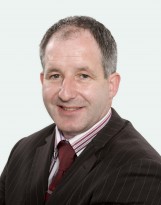 It's emerged that long awaited road improvement projects in Donegal have been delayed for so long that studies and plans now have to be redone.

In the case of the Bonagee Link, Cllr Blaney has repeated his belief that the road to the proposed new bridge should be further out the Ramelton Road, and argues recent traffic problems in the town validate that viewpoint.

Speaking on today's Shaun Doherty Show, he said this is the perfect time for this change to be considered..............