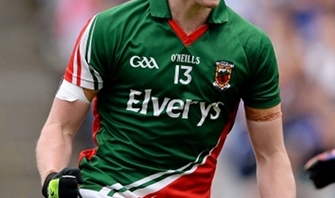 Tom Parsons has been named in Mayo's midfield for Sunday's All Ireland football final against Dublin.

It's Stephen Rochford's only change from the semi final win over Tipperary, with Barry Moran dropping to the bench.

Aidan O'Shea's been named at centre forward, for what will be his 40th Championship appearance.