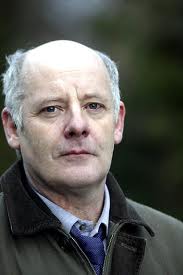 Actor Gerard McSorley was given the Probation Act today when he paid €40 to the Bank of Ireland for damaging two flower pots.

His solicitor Jacqui Sharkey told Dungloe District Court they were plastic flower pots and she wasn’t sure of the value but Mr McSorley had €40 compensation for the Bank of Ireland.

Prosecuting Inspector Dennis Joyce told the court that manager Marion Boyle called the gardai to her branch of the bank at Bunbeg.

The inspector said 66-year-old McSorley had damaged a flower pot in the bank.

Insp Joyce said that at the Garda station McSorley made a full admission and apologised.

Ms Sharkey said McSorley regretted his actions very much. It was an incident in difficulties he had experienced over the years.

Judge Paul Kelly observed: “It’s not the worst case ever to come before the court.”

The actor, who has appeared in several films and tv plays including Fr Ted series and the film Braveheart.

McSorley didn’t appear at an earlier hearing and a warrant was issued for his arrest.

Gardai arranged for it to be served with discretion.