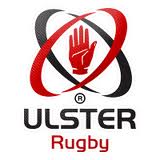 It is worrying times for City of Derry after they have launched the new season with three opening defeats.

They have lost two in the Ulster Premier League and one in the cup.

Their latest league loss was on Saturday when they lost 50 v 05 to Banbridge.