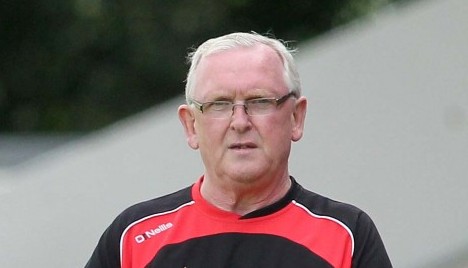 Derry GAA have confirmed after fives years involved with hurling in the county, Tom McLean has stepped down.

During that time he had two spells as senior manager, including leading Derry to a first ever Christy Ring Final in 2015.

In a statement this morning, Derry GAA thanked Tom for his service adding "Tom is a passionate Gael with a rich knowledge of hurling. He has been a pleasure to work with and we wish him the very best for the future."

The process of appointing a new senior hurling manager will now commence.

I think it's the right time to step down as Derry hurling manager. I've been involved with Derry for the past five years, three with Ger Rogan and two as manager myself.

I wouldn't have the energy or the enthusiasm to go another year, so it's time to move on.

I would like to thank all the people who were involved with me in the management team, especially Terry (Gray) Catherine (Feeney/Kelly) Paul Harry (McDermott) who have been been there all along, as well as Colm the groundsman at Owenbeg.

To the county board I would say a big thanks for all the support they gave me and the hurlers during my tenure.

I want to thank all the players who I was involved with over the five years for all their time and effort. Also, the clubs for their support and for the supporters who got behind the hurlers.

I think the time is right for Derry to try and get Derry people to take the lead at senior level. There is no doubt that the hurling talent is in Derry but they must work it out among themselves how to get the best hurlers out to play for the county.

I want to sincerely wish Derry hurlers all the best in the future.