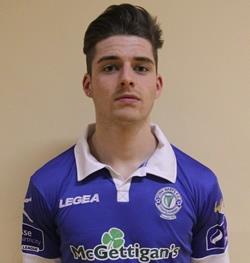 The Finn Harps senior squad continued preparations for next Friday night’s home League of Ireland Premier Division fixture against Shamrock Rovers with training in Letterkenny today. With Bray Wanderers joining Harps on 23 points there’s now only Wexford Youths and Longford Town below Ollie Horgan’s side in the table.

With the stakes getting higher the manager and his assistant Paul Hegarty are under pressure to deliver a result against the Hoops who have been on a pretty good run recently. Bray had an excellent 2-0 win over Galway Utd at Eamonn Deacy Park last night, a result that now puts them above Harps on goal difference with Wexford five points behind. Longford are bottom on 10 points.

Horgan will be boosted by the return of Ruairi Keating from suspension and will be hoping that the striker can rediscover his scoring touch with Harps now having gone four games without a goal. Shamrock Rovers will be coming to Ballybofey after an easy 5-0 victory over Athlone Town last night in the third round of the FAI Senior Cup.