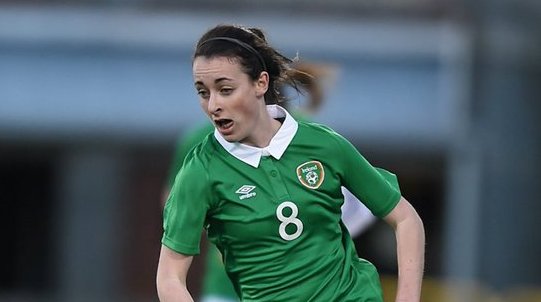 The camp will include two challenge matches on Friday, 19th and Sunday, 21st August against Wales with the squad mainly consisting of home-based players.

Roma McLaughlin, was part of the Ireland Women's Under 17 squad for the 2015 UEFA European Championships in Iceland.

WNT manager Sue Ronan wants to use the training camp as a chance to assess the young talent progressing through the age groups and home-based talent.

Ronan said: "There is no doubt we have many exciting players in our underage squads who I feel have the ability to be the future of the national team. This camp gives me and my coaching staff the perfect opportunity to get a closer look at our young players and assess where they're at in their development.

"The step up to senior international football is a huge one so we need to be patient with these young girls. However the camp, as well as the two challenge matches against Wales, means they can experience the level without any pressure, while training and playing alongside experienced players like Niamh Fahey, Karen Duggan, Stephanie Roche & Julie-Ann Russell will help immensely with their development.

"The games will also give me the opportunity to have a closer look at other home-based players like Noelle Murray & Jetta Berrill who have done really well at club level.

"I'm really looking forward to the camp and to see whether any of the players will be able to force their way into the squad for the upcoming game against Portugal at Tallaght Stadium in September."

McGrath hangs up the Donegal boots

December 6, 2021
Mayo dual star Keith Higgins has been named Nickey Rackard Player of the Year. The Ballyhaunis man scored 1-30 as Mayo won the trophy for...