A retired Garda Detective Sergeant who appeared in the documentray "Mary Boyle - The Untold Story" has said that at no time during his investigation into the seven year old's disappearance was he put under pressure.

In a declaration from former Detective Sergeant Aidan Murray, he states that at no time during the investigation into the disappearance of Mary Boyle in Cashelard in 1977 did Superintendent Dominic Murray and Inspector PJ Daly attempt to influence him.

He adds that the comments made in the documentray regarding an alleged phone call made to Ballyshannon Garda Station by a local politican were based on rumors only and that he was not aware of this alleged phonecall at the time.

Mr Murray says the reason Inspector Daly asked him to pause the interview was because of his genuine concern for the mental health of the person being interviewed, and for no other reason.

The declaration concludes with Mr Murray saying his concern was to discover the whereabouts of the missing Mary Boyle. 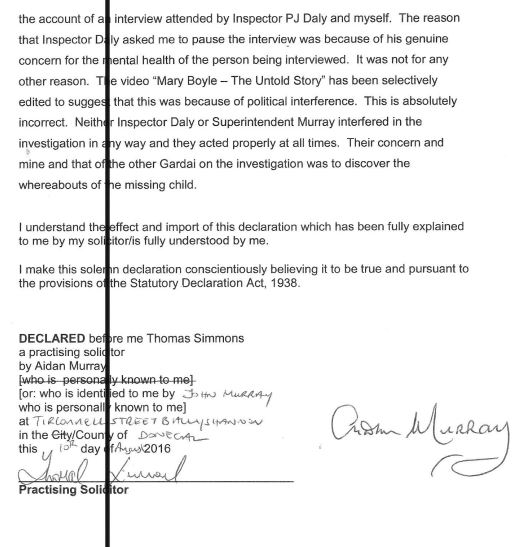