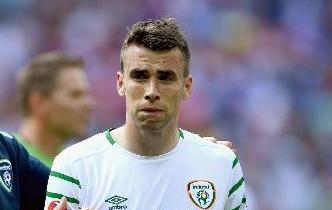 Everton manager Ronald Koeman has confirmed that Seamus Coleman will be out for several weeks with an ankle injury.

Coleman was pictured today, wearing a protective boot on his left foot.

It means he could miss Ireland’s opening World Cup qualifier against September on September 5 in Belgrade.

Koeman confirmed that Coleman is facing a period on the sidelines.

He said before today's game against Spurs: “Seamus will be out for several weeks."

It is believed that he picked up the injury in a pre-season match and has been unable to shake it off.