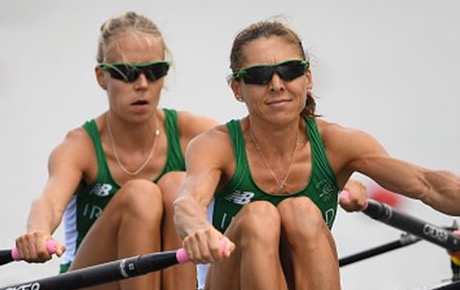 Sinead Jennings and Claire Lambe have qualified for the final of the Women's Lightweight Double Sculls at the Olympic Games in Rio Brazil.

Letterkenny rower Jennings, who is competing under her married name Lynch put in a fantastic semi final performance to finish in third and take their place in Friday's final.

The Irish boat done enough to keep Denmark in fourth, finishing behind The Netherlands and Canada.

South Africa, New Zealand and China will be the other countries in tomorrows final.