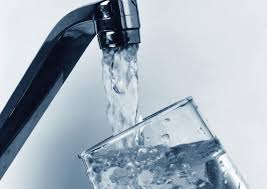 NI Water has assured residents in Derry that their drinking water is safe. Earlier this week the River Faughan was polluted, resulting in a large scale fish kill.

The Carmoney Water Works in Eglinton was shut down following the incident but has since been restarted.

Thousands of fish are believed to have been killed over a 20km stretch of river in Campsie and Claudy due to pollution of the river.

The River Faughan provides 60% of the city's drinking water and the water is treated at Carmoney Water Works before being distributed across the city.

NI Water have assured their customers that the water quality in the area has always been safe to drink and is off the highest quality.

They added that following the pollution incident they took every precaution in protecting the water supply by shutting down the Carmoney Water Treatment Works in Eglinton which has now restarted.