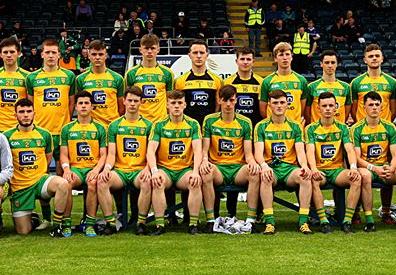 Donegal are through to the semi-finals of the All-Ireland Minor Football Championship after a 2-13 to 0-13 win over Cork at Croke Park.

Donegal trailed at the break by four points but produced a great second half performance to go and and win by six points.