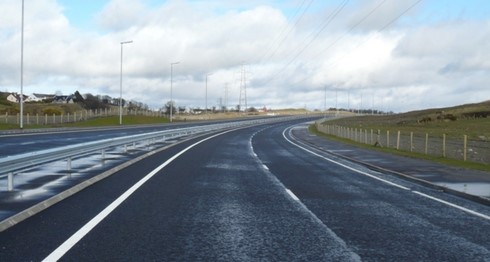 Derry City and Strabane District Council has approved a plan for up to 1,500 new houses at Galliagh.

The proposal, from Moore Construction in Eglinton had been presented to council last year with a recommendation to approve. Three objections were received, but the project got the go-ahead this morning.

The council's statement in full -

Derry City and Strabane District Council has issued Outline Planning Approval for up to 1,500 new dwellings and associated facilities for an exciting new residential neighbourhood, zoned as H1B in the Derry Area Plan 2011. This is on lands at Galliagh, north of Skeoge Link Road at the north-west edge of Derry city.

In order to grant planning permission for this new neighbourhood, the new Council has negotiated its first Section 76 Planning Agreement, working together with the developers, Moore Construction, DfI TransportNI, Translink and the Education authority, so as to ensure the comprehensive development of this major site.

In addition to the 1,500 dwellings, there is also land for a school, neighbourhood facilities including local shops and services, good roads, a public transport route through the heart of the site and private and public open space areas with fully equipped play areas throughout the site. It is envisaged that there will be a range of house types to suit differing family needs to provide a balanced community and promote social cohesion.

Chief Executive of Derry City and Strabane District Council John Kelpie said: “This is a very welcome planning decision of our new Council which will bring a substantial boost to the local economy within the city. It will provide a well-planned neighbourhood, with a varied mix of housing units to cater for all the future residents and provide local shops and services, a school and a neighbourhood centre. These will all be choreographed with well-placed public open space and children’s play areas to create an exciting living place for years to come.”

This new neighbourhood will tie in with the already approved housing for the adjacent zoned lands at H1B/C, which now has had several planning permissions granted and construction of several hundred much-needed homes is ongoing. Now that this outline planning permission has been granted for a further 1,500 houses, the Council expects further detailed planning applications to be submitted in the near future, so that construction can commence thereafter.