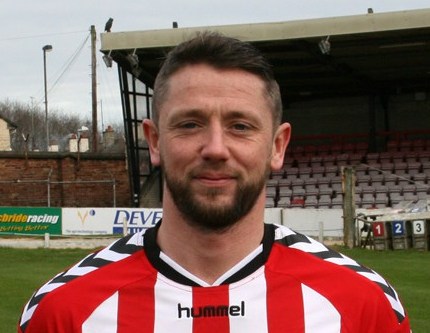 Derry City are in third place in the Premier Division after beating Bohemians 1-0 at the Brandywell on Friday.

Derry’s striker Rory Patterson, from Strabane, scored the only goal.

The win makes it five wins from five for Derry at home to keep the pressure on league leaders Dundalk.

Patterson’s sixth goal of the season in the 14th minute secured the points for the Candystripes.

Keith Ward began the move with a great pass to Barry McNamee who slipped but the ball found its way to Patterson, who fired home.

It was a quiet second half and the game ended with Derry the victors.