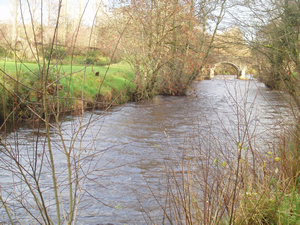 A company in Derry has pleaded guilty to discharging a polluting substance into part of the River Faughan.

On 22 May of last year a Water Quality Inspector (WQI), acting on behalf of the Northern Ireland Environment Agency (NIEA) responded to a report of pollution and inspected a tributary of the River Faughan on the Carnmoney Road, Eglinton and observed the bed of the waterway to be covered in fresh fungus.

The WQI entered the lane at the Greenan Generation Ltd yard and observed water entering a grating at the end of the lane. A smell of silage effluent was detected.

A sample of water taken on 22 May 2015 confirmed that the discharge contained poisonous, noxious or polluting matter which was potentially harmful to fish life in the receiving waterway.

A dye test confirmed the discharge from the inspection point where the sample had been collected was making its way to the waterway.