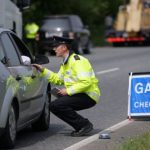 Donegal had the fourth highest number of drink driving fatalities in the country in 2013 accordint to figures published at the weekend by Gardai and the RSA.

The preliminary figures from the National Drug Related Death INdex shows 32% of drivers who died in 2013 were drink driving.

7.6% of those deaths were in Donegal, topped only by Cork, Galway and Dublin.

Meanwhile Irish road deaths so far this year are up 15% on 2015, prompting a major enforcement and education initiative in July and August which gets underway this week. 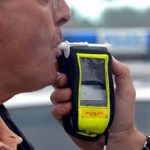 An Garda Síochána and the Road Safety Authority (RSA) are implementing a major enforcement and education offensive during July and August that will target Drink Driving behaviour on the country’s roads.

The road safety push is being mounted as casualty figures show that road deaths have risen by 15% in 2016. Of concern too is the fact that July and August (19 and 14 deaths respectively in 2015) are among the most dangerous months of the year and is a high risk period for drink driving.

A total of 87* people have died on the roads since the beginning of the year, 10 more deaths compared to the same date last year. There has also been a 50% rise in deaths at weekends, again a time traditionally associated with drink driving.

The planned campaign comes as preliminary findings from a new report from the National Drug Related Death Index (NDRDI), part of the Health Research Board reveals that 32% of drivers who died in 2013 were drink driving. The NDRDI report confirms the findings of the RSA’s recent Pre-Crash Report on Alcohol, which was published in early June and found that alcohol was a factor in 38% of all fatal crashes. Of this 38%, a drink driver accounted for 29% of these crashes between 2008 and 2012.

Speaking about the rise in deaths and their planned enforcement campaign for July and August, Superintendent Con O’Donohue, Garda National Traffic Bureau said “Everyone, including the authorities must take all necessary and urgent steps to reverse the upward trend in road deaths. For our part An Garda Síochána is increasing its day to day enforcement activity in July and August. Specifically we have added 7 national 24 hour drink driving operations to our operations plan for these months. We are placing a particular emphasis on targeting drink driving late at night over weekends. My colleagues around the country will put additional effort into targeting those counties that have a track record of drink driving related fatalities.”

Superintendent O’Donohue added that “We are asking everyone to think ahead and, if intending to have a drink when they go out, plan how to get home. If you’re going to drink when you go out then the only safe option is to leave the car at home so that you won’t be tempted to get behind the wheel with alcohol on board. I also appeal to people who see someone who has been drinking getting behind the wheel to drive a vehicle, to report it immediately to the Gardaí. The Gardaí cannot be on every street corner that’s why we need the support of the community to help tackle this killer behaviour. Your positive actions could save a life.”

Ms Moyagh Murdock, Chief Executive, Road Safety Authority, speaking about the RSA’s plans said, “The RSA will be supporting An Garda Síochána’s drink driving enforcement blitz with an awareness effort that includes a radio, online and poster campaign targeting pubs and clubs nationwide. Our message, which is particularly aimed at young people, is not to let your summertime turn to tragedy, not to let the local roads you drive become lethal because of stupid, reckless choices you made. Choices that could affect you for the rest of your life if you are involved in a drink driving incident. We want people to think of the possible consequences. A drink driving disqualification could affect your employment prospects, you may never be able to travel to the US or face a lifetime of shame from having someone’s serious injury or death on your conscience.”

Ms Murdock concluded by expressing her deep concern over the increase in road deaths this year. She said, “This is a worrying development and the RSA is determined to work with its partners in road safety and to do all in its power to reverse this trend. However, without the support and buy in from the public, to take responsibility for their behaviour on the road, it will be a tougher task to turn this year around and prevent more loss of life.”