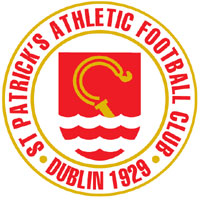 St Patrick's Athletic are through to the second round of qualifying for the Europa League.

Despite a 2-1 defeat to Jeunesse Esch (pr: You-ness Eye-sch) in Luxembourg this evening, the Saints advanced on away-goals.

Darren Dennehy's 73rd minute goal was the decisive score of the night as it finished 2-all on aggregate, which was enough for Liam Buckley's side to progress.

Meanwhile, Dundalk have gone nine points clear at the top of the Airtricity League Premier Division after thrilling 4-3 win over Longford Town.

Despite a hat-trick from David McMillan, Longford appeared to have battled their way to a share of the points at Oriel Park tonight.

But Ciaran Kilduff's injury-time header saw the Lilywhites snatch a last-gasp win which sees Stephen Kenny's side open-up a commanding lead at the top of the table.