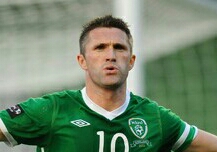 Robbie Keane was on the score sheet as the Los Angeles Galaxy won their first MLS game in eight, beating the Vancouver Whitecaps 2-0.

Keane, back from Republic of Ireland duty at Euro 2016, opened the scoring in the 12th minute with his fifth goal of the season, taking a pass from Steven Gerrard and firing a superb curling shot into the top corner of the net.