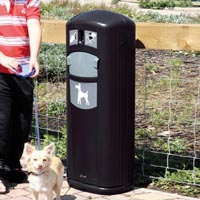 New figures published by the Department of the Environment show four out of five dog owners failed to pay on the spot fines last year.

They were issued to those without a dog licence or who failed to clean up after their pets.

In Donegal, nine fines were issued and two were paid.