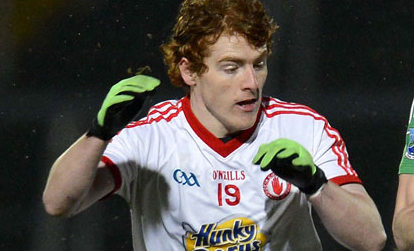 Tyrone all but booked their place in the Ulster Final when Peter Harte scored two quick goals and a point to go eight clear of Cavan just minutes before half-time.

It had been a tight affair up until the 21st minute when Sean Cavanagh pointed to put Tyrone one ahead on a score of Tyrone 0-06 v 0-05 Cavan.

It was then that Harte exploded into life and scored his first goal on the 23rd minute, scored another goal on the 25th minute, and then scored a point on the 27th minute.

Tyrone started the second half with another goal blitz, netting twice to put the game beyond doubt.

Cavan pulled a goal back in the 60th minute, but it was too little, too late, and Tyrone won a high scoring contest by a comfortable margin in the end.