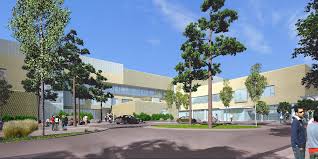 Spokesperson of Co-operating for Cancer Care NorthWest, Noelle Duddy, has said that they have written to both Minister of Health, Michelle O'Neill, MLA and TD Simon Harris, Minister of Health for confirmation following Brexit.

They want to reassure people in the North West that Britain leaving the EU will have no impact on the cross-border service of Altnagelvin's Rdiotherapy Unit.

Due to open this Autumn, Minister Joe McHugh has already said that there will be no impact on the service and it will still serve people on both sides of the border.

CCCNW Spokesperson Noelle Duddy says the group does not believe there should be any problems or delays with the service, which is due to begin in the autumn.

However, she's seeking early confirmation from Minister Simon Harris in Dublin and Minister Michelle O'Neill at Stormont that that is the case.............