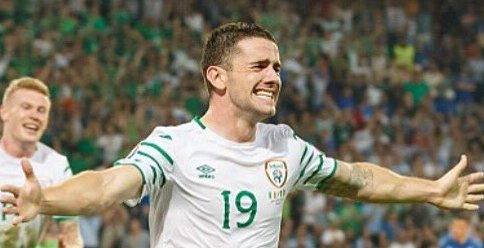 Ireland will have a light training session at their base in Versailles this afternoon ahead of Sundays round of 16 clash with France in Lyon.

Martin O'Neill's side booked their place in the knockout stages with a 1-0 win over Italy in Lille thanks to a Robbie Brady goal.

Before the game, the manager came in for criticism on his selection which included changing both centre-half's, one of which was the inclusion of Shane Duffy.

Highland's Soccer Correspondent Sean Connor feels the management will now have a difficult job in selecting his side for the game with the French this weekend.

Speaking with Oisin Kelly, Sean says the players gave a performance of a lifetime...