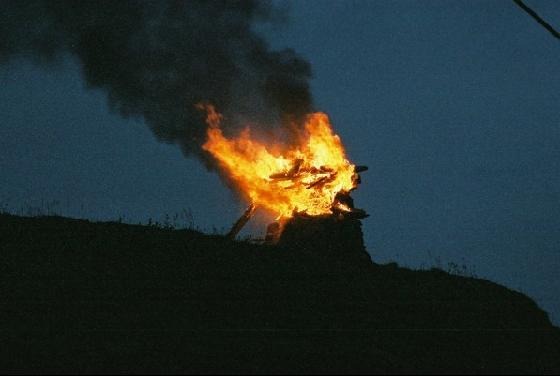 Some locals in west Donegal are said to be up in arms as they claim authorities have moved in today to remove a bonfire which was due to be lit.

They claim there has been a bonfire at Marameelan near Dungloe for decades and there hasn't been an issue before as the safety precautions are followed and the site cleared afterwards.

The bonfire was set roughly the size of a small house and was to be lit as part of the St John's Eve tradition.

Diggers moved into the site this afternoon.

Gardai are at the scene - the Council has yet to comment.