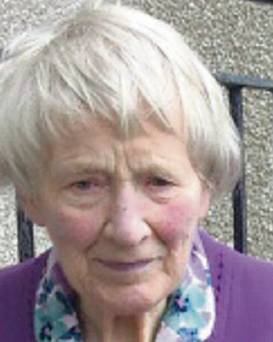 An 89 year old woman who passed away three months after sustaining a fractured hip during an aggravated burglary died by misadventure, an inquest has heard.

Susan Arthur was knocked to the ground after three men broke into the sisters’ house at Feddyglass, Raphoe on July 1st, 2013.

The inquest in Stranorlar heard that following treatment in Letterkenny University Hospital, Susan Arthur was moved to Lifford District Hospital.

However, she became unwell and was transferred back to Letterkenny Hospital where she died on October 11th, 2013.

The inquest also heard that Susan Arthur had “a turbulent time in hospital” and that before the incident she had been in good health.

Dr. McCauley said that the primary cause of her death was a clot in her left leg that had moved to her lung.

Dr. McCauley concluded that the attack on the sisters’ home “had a significant effect on her immediate health.”

He said that it could not be proved beyond considerable doubt that the assault has caused her death but it contributed to it.

A verdict of death my misadventure was officially recorded regarding Susan Arthur.