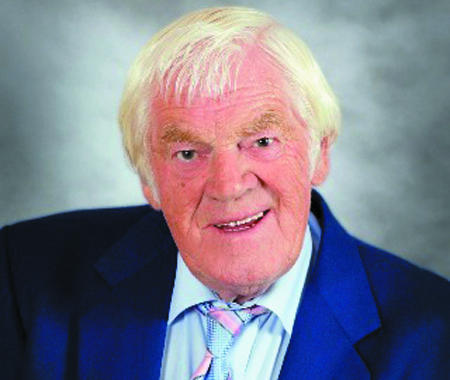 The king and queen of Irish country music will be honoured at the RTÉ Irish Country Music Awards in association with the Irish Farmers Journal on Friday, 24 June 2016.

Tyrone native Philomena Begley will be presented with a special Lifetime Achievement Award recognising her five decades of success on the country music scene.

And Monaghan’s Big Tom McBride will become the first person ever inducted into Ireland’s Country Music Hall of Fame at the inaugural awards ceremony, hosted by Daniel O’Donnell live on RTÉ One this Friday.

On receiving the Lifetime Achievement Award Philomena said: “I’m absolutely thrilled to bits. I’m in this business 54 years now and I’m still going strong - when you’ve been around that long it’s amazing to be recognised. I’m looking forward to the awards and in particular for the opportunity it is giving the young, up-and-coming singers.”

Irish Country Music Association (ICMA) committee spokesperson Joe Finnegan said: “Philomena Begley is without a doubt the doyenne of the country music scene in Ireland. Her career has spanned more than half a century and she has been a truly great ambassador for the country genre right across the globe. We are delighted to be honouring a national treasure.”

He continued: “Big Tom will celebrate his 80th birthday in September and his songs have been the pure essence of Ireland’s country music scene for over 50 years. He continues to tour, performing to enthralled audiences all over Ireland and his recent appearance on the Late Late Show Country Music special with Ryan Tubridy was regarded as one of the stand-out TV moments of 2015. We feel Tom is the perfect choice for the industry’s highest accolade of being inducted into the Hall of Fame. Nobody is more deserving of this special award.”

Both awards will be officially presented as part of the RTÉ Irish Country Music Awards on Friday 24 June live on RTÉ One from 9.35pm as part of the ninety minute broadcast. Eleven other awards are also up for grabs on the night including Ireland’s All-Time Favourite Country Song and ICMA Entertainer of the Year which will be decided by public vote.

Voting is open on the Irish Farmers’ Journal website