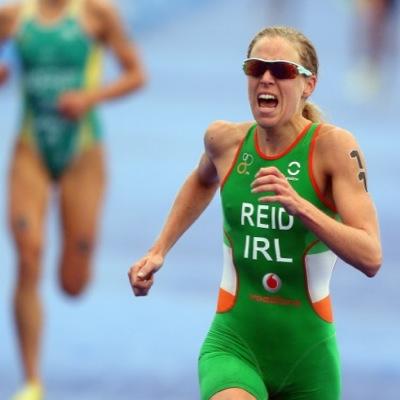 Two Derry athletes who are set to represent Ireland at this summer’s Olympic Games won their home town’s triathlon today.

Bryan Keane and Aileen Reid claimed victory in the first Triathlon Ireland Super Series race of the season at the Firmus Energy City of Derry Triathlon this morning.

With heavy training schedules in the run up to the Olympics in August, Keane and Reid were making their only domestic appearances of the season and spectators hoping to witness an exciting race were not disappointed with both athletes pushed by all the way in the draft-legal sprint distance triathlon.

Speaking after the race, Keane said he was happy with how things went: "It's lovely to race at home, I don't get to do it very often and Derry put on a great race. It's great to have races like this in Ireland.”

In the women's race, home favourite Aileen Reid, who grew up in Derry, said afterwards it was fantastic to race at home: "This is where it all started for me so it's great to be back. It's a bit strange, I was nervous but it was exciting.”

She added: "People think it's a given that because you are an international athlete that you are just going to win.”