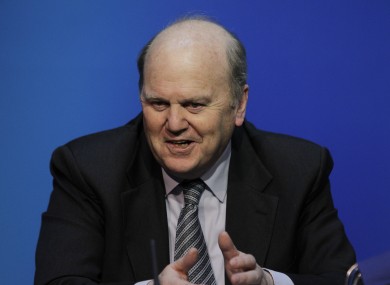 Finance Minister Michael Noonan has opened up a dispute with his German counterpart over what happens if Britain leaves the EU.

The two finance ministers are at odds over whether the UK should still be given access to free trade with the other 27 states.

The matter was discussed last night at a meeting of the Eurozone's finance ministers in Luxembourg.

The German finance minister told the meeting that if the UK leaves, it will lose its trading access with the EU - but Michael Noonan disagrees with that stance...........