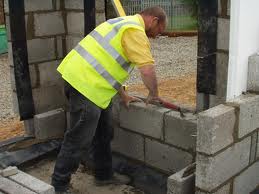 There was an 8% decrease in the number of planning permissions granted in Donegal for homes in the first three months of this year compared to the same period in 2015.

This compares to an increase nationwide of just under 1%

In Donegal, 44 permissions were granted for homes in the first three months of this year compared to 48 in the 1st Quarter of last year.

74 people successfully applied to extend their properties with a 7 granted permission to alter or convert their property.

A further 58 permissions were granted for farm buildings and commercial units.