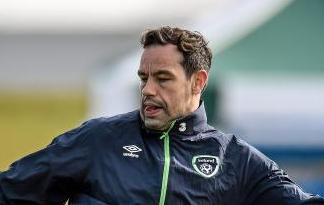 Former Derry City goalkeeper David Forde has missed out on a place in the Republic of Ireland squad for this months European Championships in France.

The 23 man panel was announced last night after the 2-1 defeat to Belarus with Shay Given, Darren Randolph and Kieren Westwood selected as the three keepers.

Forde will feel hard done by this morning after playing a key role in the qualifcation campaign.

Westwood, who hasn't played for his country since last June's friendly with England, got the nod ahead of Forde who plays his club football with Millwall in England's League One.

Republic of Ireland Manager Martin O'Neill has admitted that leaving Forde out of the panel was probably his toughest decision...