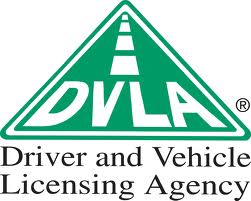 A Judge in a Derry court has criticised the efficiency of the Driver and Vehicle Licensing Agency since its centralisation to Wales, saying there has been ‘a severe drop off in performance’.

District Judge Barney McElholm made the comments when dealing with a number of minor traffic offences at Derry Magistrates Court yesterday.

In one case, a man had sent his licence away in August last year to the DVLA and had still not had it returned, nine months later.

Judge McElholm said that this was a common occurrence and criticised the DVLA for the delays.
“Since the DVLA moved to Swansea, there seems to have been a complete breakdown in communications,” he said.

“This man surrendered his licence in August last year and he still hasn’t received his licence back.
“When it was in Coleraine in would have been returned in two months at the outside. There has been a severe drop off in performance since it has gone to Swansea.”

Judge McElholm said that he would not be taking any action against the man who could not have his licence before the court for this reason.