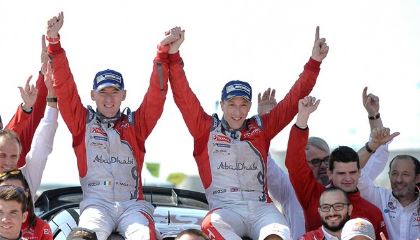 The Co Tyrone man along with his Kerry co driver Paul Nagle drove their Citroen to victory at the weekend’s Rally Portugal.

Kris is competing in selected rounds of this year’s championship as he develops the Citroen car for 2017.

The victory follows their first win last year at the WRC Rally Argentina.

Letterkenny’s Rory Kennedy has competed on 26 WRC events and has known Kris for a very long time.