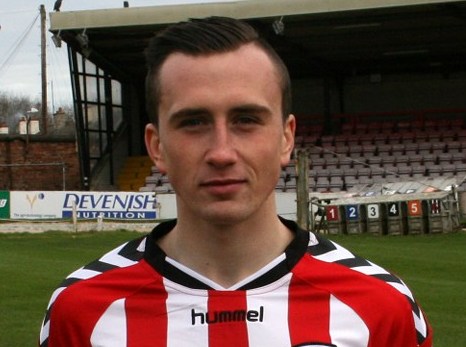 Derry City came from a goal down against Drogheda United to draw 1-1 in the FAI Cup at the Brandywell on Friday night.

Sam O'Connor put Drogheda ahead after 33 minutes when he nipped in to take advantage of the poor backpass by Derry skipper Ryan McBride to score past the keeper Gerard Doherty.

Rory Patterson missed a penalty in the 57th minute when he hit a low shot to the keeper's right.

The kick was given after Josh Daniels had been fouled in the area by Jake Hyland.

Aaron McEneff hit the Drogheda bar twice in the second half. He scored the equaliser in the 72nd minute from the penalty spot. Derry benefitted from a soft penalty award from referee Paul Tuition when he ruled that Derry debutant Lukas Schubert was fouled by the keeper Stephen McGuinness.

The replay is on Tuesday night.