Today sees the opening of a two day conference in Letterkenny on 1916, it's legacy, and it's impact on the Diaspora.

Now in it's fifth year, the Donegal Irish Diaspora Conference is hosted by Donegal County Council in association with the University of Massachusetts Lowell's Centre for Irish Partnerships.

Donegal County Council says this conference has become an important event in the county's calender, with speakers from all over the world.

The council says as ever, the conference provides an opportunity to explore connections for the future, and consider how the diaspora can play a role, both locally and nationally.

The two day conference gets underway this morning at Letterkenny Institute of Technology. 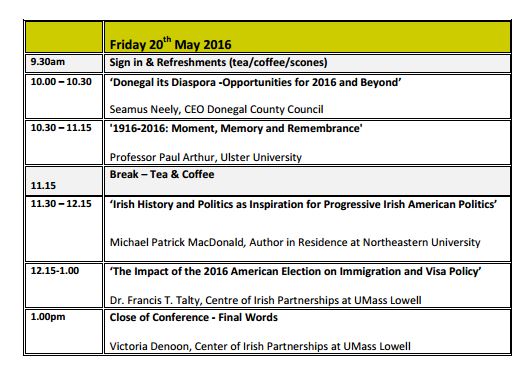 May 13, 2021
A security alert is ongoing in Derry this morning. The Skeoge Road is currently closed following the discovery of a suspicious object last evening. Diversions are in...