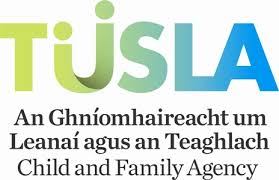 It's emerged that a residential centre for children and young people in Letterkenny has been closed by Tusla, with some children transferred to a residential unit in the midlands, 200 kilometres away.

Deputy Pearse Doherty says the closure of the facility in Knoclnamona is ‘extremely concerning’ and he has called on the relevant authorities to explain what lead to the decision to shut the facility.

He says it’s extremely concerning to think that some of the most vulnerable children and young people, can be ordered to up sticks and move to a unit several counties away to be housed in strange settings in a strange community.

He's asking Tusla for clarity, and is also asking HIQA for its most recent inspection report to see if that sheds some light on the situation............

Sinn Féin Finance Spokesperson Deputy Pearse Doherty has today (Wednesday) branded the closure of the children and young people’s residential unit at Knocknamona in Letterkenny as ‘extremely concerning’ and has called on the relevant authorities to explain what lead to the decision to shut the facility.

Deputy Doherty’s comments come following the closure last Friday of the residential care service at Knocknamona where, until last week, a number of children had resided in the care of the state. Deputy Doherty has now demanded urgent answers from the Child and Family Agency TUSLA to explain the closure and to outline what measures have been put in place to ensure the welfare of service users.

“Over the course of the weekend, I was quite concerned to learn of the sudden closure of the Knocknamona Residential Care unit and the subsequent decision to transfer residents to alternative accommodation outside the county.

“Worryingly, I believe that some of the children who had been staying at the unit in Letterkenny were forced to relocate to care facilities more than 200 kilometres away as part of this action, having been given a mere 24 hours’ notice prior to the move.

“It’s extremely concerning to think that some of the most vulnerable children and young people, whom have come to settle into life at the facility and which they referred to as their home, can be ordered to up sticks and leave and move to a unit several counties away to be housed in strange settings in a strange community.

“At the very start of this week, I contacted to inquire about the closure of Knocknamona, and while I was initially given assurances that I would be provided with a comprehensive update of the situation, I have yet to hear anything more from the agency – this is simply unacceptable and I will be following up with TUSLA to demand answers.

“I cannot understand the rationale of the authorities responsible in their making this decision which, in effect, has turned the lives of these children upside down without so much as an explanation having yet been given as to why residential services have been suspended.

“While I await an immediate reply from the child and family agency, I have also yesterday written to HIQA to ask the authority for the findings of the most recent inspection carried out at the facility which I hope may shed some much needed light on why the decision to transfer residents was made.”