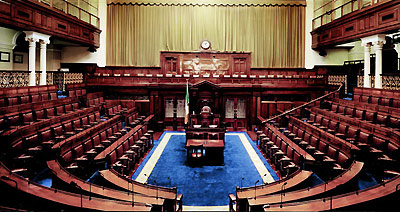 Recent figures for the Parliamentary Standard Allowance for TDs reveals that over €515,000 was paid out in expenses for March despite only sitting in the Dail twice during the period.

An analysis by the Journal.ie shows that in March last year, the expenses bill was €7,000 less, despite there being 12 Dail sittings and eight more TDs.